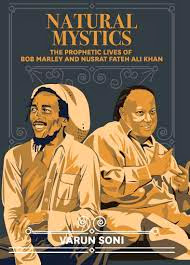 I can’t think of any musician, whom I have admired more than NFAK, but to my own surprise, I gradually realized that I was inspired more by Nusrat, the saintly human being than Nusrat, one of the greatest Musicians Ever. This book by Varun Soni focuses on the religious aspects of  lives of NFAK & Bob Marley, and how they used technology and popular culture to spread their messages – making it different from other biographies or books focused specifically on music.
About Book & Author
Natural Mystics explores the prophetic lives, lyrics, and legacies of the virtuoso musicians Bob Marley and Nusrat Fateh Ali Khan. As Third World superstars, their biographies are intimately intertwined with the post-colonial narratives of Jamaica and Pakistan, and over time, they have come to symbolize and embody their Rastafarian and Sufi faith traditions. More than just musical and cultural icons, they were also significant religious figures utilizing new technology to spread new messages to new communities. Through an interdisciplinary analysis of their religiosity, Natural Mystics reveals Bob Marley as Nusrat Fateh Ali Khan as musical mystics and spiritual geniuses of this day and age.

Varun Soni is the Dean of Religious Life at the University of Southern California, where he is also an Adjunct Professor in the School of Religion and a University Fellow at the Annenberg Center on Public Diplomacy. A prolific public speaker and scholar of religions, he holds degrees in religion from Tufts University, Harvard University, the University of California, Santa Barbara, and the University of Cape Town, as well as a law degree from the University of California, Los Angeles.
Book Reviews
“Two of the most influential musicians of the last century are brought together in this incredible book about prophecy and pop culture, media, and mysticism. By focusing on the spiritual power permeating the music of Bob Marley and Nusrat Fateh Ali Khan, Varun Soni has put his finger on something new and utterly unique. This is a book unlike any I’ve read in a long time.” –Reza Aslan, author of Zealot: The Life and Times of Jesus of Nazareth
“In Natural Mystics, Varun Soni develops an original comparative framework for understanding two great musicians, Bob Marley and Nusrat Fateh Ali Khan, as prophetic mediators of religion, politics, and popular culture. As a result of his research, we can hear the music in new ways as sacred politics.” –David Chidester, author of Authentic Fakes: Religion and American Popular Culture
Natural Mystics breaks exciting new ground in revealing the myriad links between Sufi music, and one of its prime exponents, Nusrat Fateh Ali Khan, and the most famous musical mystic of the twentieth century, Bob Marley. Both had profound prophetic gifts, and Varun Soni has a unique understanding of their place in musical immortality. His book is a must-read! –Roger Steffens, author of One Love: Life with Bob Marley and the Wailers
Embed Code [Copy and Paste Code Where You Want] 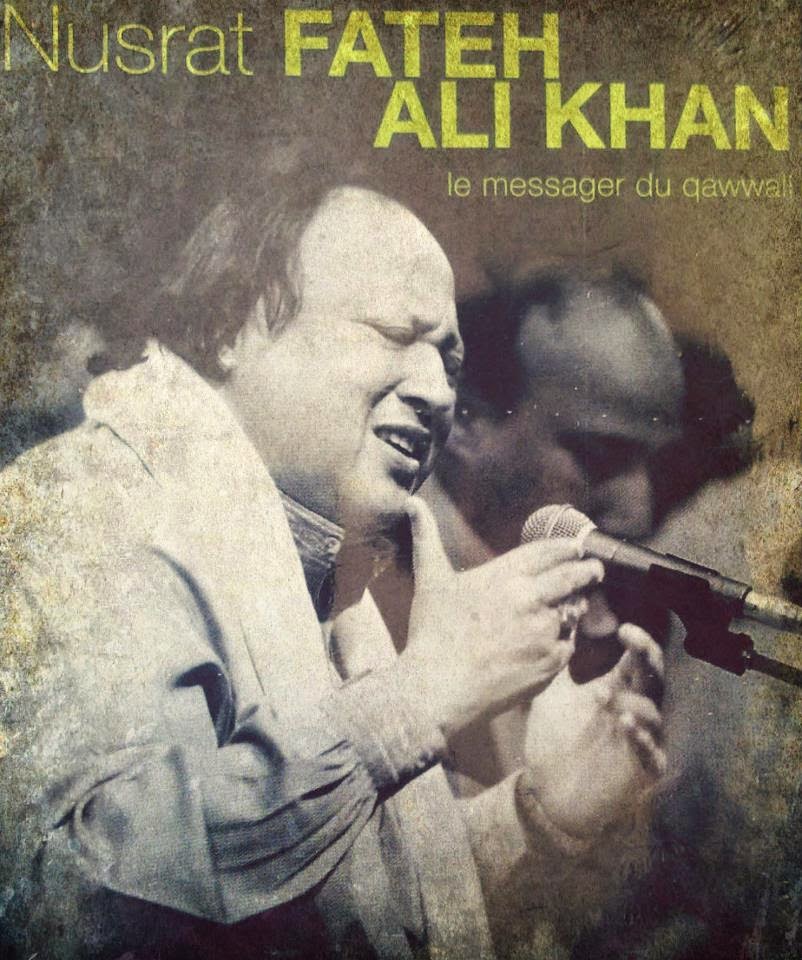