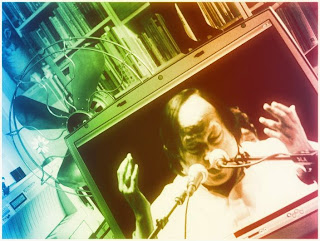 Suspend for a moment the fact that Nusrat Fateh Ali Khan made spiritual music-just as secular ears would have to in order to appreciate Mahalia Jackson or Rev. Cleophus Robinson or Clarence Fountain of the Five Blind Boys of Alabama strictly on musical terms-and listen to the sheer expressive power of this "voice of heaven." A formidable presence by any standards, Nusrat Fateh Ali Khan was a master of the mystical devotional singing known as Qawwali, a component of Sufism. The Final Studio Recordings two-CD set documents the legendary vocalist's last record date before he died in the summer of 1997 at the age of 49.


Produced by Rick Rubin, who has helmed pop recordings for Tom Petty, Beastie Boys and Red Hot Chili Peppers, it features eight extended incantations involving a dozen musicians and singers seated in a semicircle in two rows on the floor of Ocean Way Recording's Studio 2, the site of classic recordings by everyone from Frank Sinatra to Eric Clapton, the Rolling Stones, the Mamas and the Papas and the Beach Boys. Cut live with the spare instrumental accompaniment of just harmonium and tabla, it highlights the majesty of Nusrat's remarkable voice as he engages in a series of inspired call-and-response duels with his nephew and disciple, Rahat Nusrat Fateh Ali Khan.

The daring spirit of improvisation in the heat of a cutting contest-a distinctive quality of jazz-permeates these exhilarating recordings. And while the pieces are all basically paeans to Allah and the other prophets of Islam, this music resonates with an undeniable passion that registers on a deep, universal level. Those who can hang with the intensity and all-consuming nature of John Coltrane's latter day experiments will no doubt appreciate the technical wizardry and profound emotional depth of this blissful, ecstatic musical expression. Trance-dance fans and Arabic groovemeisters may dig it too.

Rahat's U.S. debut (recorded at roughly the same time in 1997) reveals him as a well-intentioned successor but hardly in the same league as Nusrat. While he does possess some astounding vocal facility and inspired nontempered chops, he's lacking the formidable pipes of his legendary uncle. To these Western ears, Rahat's singing is pitched significantly higher than Nusrat's (somewhere around the Woody Woodpecker range) and therefore does not carry the same weight. It's like hearing the difference between Robert Cray and Albert King. Both are talented and full of soul, but only one can make your toes curl involuntarily. In this case, Rahat is carrying on a hallowed tradition. But it's clear from comparing these recordings that Nusrat's huge shoes are impossible to fill.