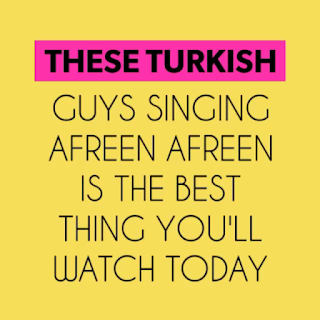 Coke Studio’s version of the famous song topped Pakistan’s most watch video on YouTube. Many other renditions of the track were made, and this latest one is probably our favourite to date.

Caught on Facebook, the moment we saw two Turkish guys singing Afreen Afreen, we knew it will go viral in no time.2 guys from Turkey sang Nusrat Fateh Ali Khan’s legendary track, “Aafreen, Aafreen” and broke the Internet. If you haven’t been paying attention then let us introduce you to these 2 great Turkish guys who just randomly sang the song which imminently got viral and amassed a heap of interest from our people.

The song, “Aafreen, Aafreen” has come a long way down from being originally sung by the legend, NFAK himself to getting a supreme revival in Coke Studio, courtesy of Momina Mustehsun and Rahat Fateh Ali Khan and now to Hakan Eser and Emirhan Özdemir, who graced it by their voices. 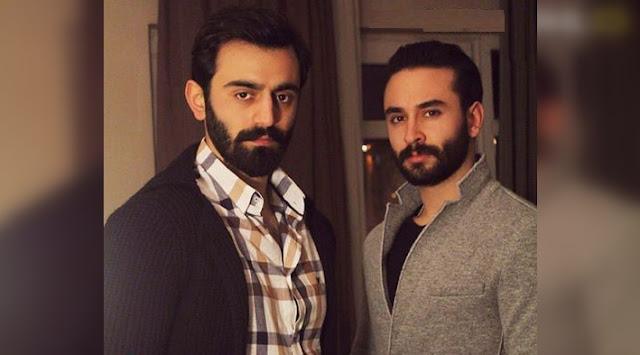 People went crazy just after their video of singing the song was released. Mostly girls expressed their sheer fondness of both the guys, of course. In fact, Hakan was pointed out to resemble Fawad Khan. Well, the resemblance is surely uncanny. If you thought it was the last time you saw them, let us tell you that we had the chance to exclusively sit down with them, asked questions, made them sing again and simply what you wanted to from them in our live session in Ankara hosted by Eiman Hussain at the Voodoo Blues restaurant.

So, here’s what happened when we were live with Hakan and Emirhan all the way from Turkey!

First things first, what do they do and how they met each other?
Meet Çağrı Hakan Eser, he lives in Ankara and is 23 years of age. Hakan studies Economics at the Kırıkkale University in Ankara, Turkey. Hakan is a big fan of football and actively follows sports.

And Emirhan Ozdemir, he is also 23 years old and lives in Ankara, the same as his friend. He studies Political Science at the Bilkent University in Ankara, Turkey. One of the favorite interests of Emirhan is boxing and weight lifting, he loves to do them both.

Talk about how these guys met, Emirhan claims that they know each other since 8 years and were also in high school together. They are very close friends!

Their love for NFAK, Pakistanis and what inspired them to sing, “Aafreen, Aafreen”
Emirhan reveals that his grandfather was the Head of the foundation called, “Pakistani Lovers In Turkey”. He introduced Emirhan to the legend, Nusrat Fateh Ali Khan, and his music. The first song by NFAK he ever listened was Sanson Ki Mala Pe. He instantly fell in love with that song and claims that it’s one of the best by NFAK.

Emirhan later introduced Hakan to NFAK. Hakan laid great emphasis on what his friend got him introduced to. As usual, he loved the songs he got to listen. About singing, “Aafreen, Aafreen” they mentioned that it was just a random attempt and they had no idea it would get viral instantly and become a sensation among Pakistani people. They are indeed astounded by the love and response they have been getting from the video.

How did it feel like singing, “Aafreen, Aafreen”?
At first, they had no idea if their video would get any response. They did not know that it would break the Internet, so they just casually and randomly gave their best shot at it. They do connect with the lyrics of the song and stress on the meaning it unfolds. They love the song and openly claims it is heart touching. It gives them a chance to connect with their emotions and they just could not praise NFAK for his masterpiece more.

They were requested to sing more songs during the live session. They did so and claimed that they have a big surprise for Pakistani people. We shall find out that soon enough!

How about a jamming session with Momina Mustehsun*?
“It would be an honor,” said the boys.

*The question was asked by a fan during our live session on Facebook.
Embed Code [Copy and Paste Code Where You Want]